(Updated after Patch 2.30 when details were confirmed by Plarium)

Thanks originally to Manibal and some enterprising data miners, and since then confirmed by Plarium, we’ve discovered more details about Raid Shadow Legends’ “Mercy” (aka “Pity”) system for shard drop rates. In simple terms, after you pull a certain number of shards, your chance of getting higher rarity Champions from your next pull progressively improve until you hit that rarity and then resets.

Note that the increases are additive, not multiplicative multiplicative, not additive (this has been updated as of Plarium’s latest clarification on the Mercy system). Here’s exactly how it works:

It’s pretty cool that this system is in place, as it ensures everyone eventually gets those hard-to-get Champs. Note that there is still a 36.7% chance of not landing a Legendary (at the regular drop rates) after 200 pulls (0.995^200). On the flipside, would’ve been cool to see a slightly more generous mercy system, as not everyone’s going around pulling hundreds of shards…

The Void shard pity system has the exact same mechanics as the Ancient Shard one above.

One thing to consider is that it’ll take 210 Ancient Shards to get a >=50% chance at a Legendary, and 34 Sacred Shards for a >=50% chance. Now I’m pretty sure it’s easier to get ~7 Ancients than 1 Sacred… this reaffirms our belief (as stated in several other articles) that Ancient shards are typically a much better value than Sacreds.

Please support Manibal for this awesome data drop that originally divulged some of this information by checking out his video and subscribing to his channel.

Here are the complete drop rates for Ancient and Void shards:

And here are the complete drop rates for Sacred shards:

Many of us use auto clickers in Raid Shadow Legends[...] 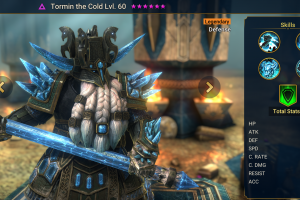 During the Brakus Fusion event last month, I messed up[...] 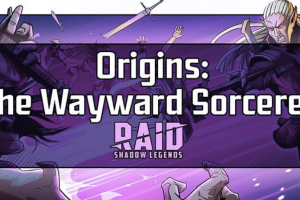 Plarium have been releasing more lore around Raid Shadow Legends[...]