Plarium released a great update with v1.14, including Champion rebalancing and multiple quality-of-life improvements. All in all an awesome update.

Here are the high level things that changed:

Lord Champfort finally got his skills to be based on [HP], along with a few other updates, including a cool Decrease SPD on attacking enemies.

Ma’Shalled was the big winner in this update, and we’ll have to revise his rating (may be God tier). Just check out his kit and it’ll be pretty clear. Tornado in particular gives massive buffs to the whole team, debuffs to the enemies, and grants an Extra Turn to go dish out damage. This guy went from useless to awesome.

Mortu-Macaab also got minor tune-ups, though they’re a bit more welcome than the chief’s. Especially like the increased chance to unlock his powerful secret skill (10% to 20%). Also his A2 (Falling From Grace) will now make for a good Arena opener.

Richtoff the Bold got a couple of updates to make him not only a more effective poisoner, but can now also stack up to +100% C. DMG on Cursehold. Not bad.

Duchess Lilitu got a nerf (expected). Allies no longer get AoE defense when veiled, however Veil naturally does that now (albeit to a smaller amount).

Vergis continues his epic odyssey to becoming a super-tank. And he’s not there yet. He may have the record for being able to dish out the largest array of defensive buffs though… Continuous Heal, Reflect Damage, Shield, Ally Protection, Decrease DEF. Eventually Vergis will get a permanent unkillable buff.

Oathbound got a bit better with a AoE A2 with increased damage, and an A3 that complements the A2 as it sets Block Cooldown Skills with 100% chance when Decrease ATK is set (which the A2 does). Could’ve said that in a clearer way, but you get it! Oh and his base speed’s up from 88 to 95.

Occult Brawler‘s Ruination Ritual (the passive) no longer has a cooldown. This is actually awesome because it means that even if he’s stunned by the Clan Boss, he’ll still have a chance of triggering that passive poison. Yeah!

All Champion skill and stat updates are already reflected on Inteleria. Ratings based on the updates will come soon!

You can read the notes for Raid Shadow Legends Update v1.14 directly from Plarium in the forums here: https://plarium.com/forum/en/raid-shadow-legends/670_news/193332_update-highlights-1-14/. New week, new fusion! This time we have Sigmund the[...] 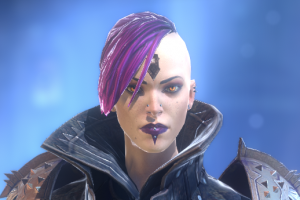 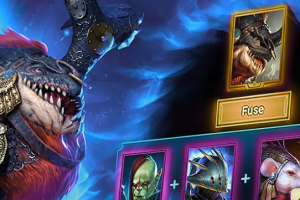