Raid Shadow Legends 1.13.5 gives us four new Champions to explore. We’ve taken a look at their skills and synergies to come up with some initial ratings, which will surely be tuned once we have a chance to play with them. In the meantime, have a look!

Dark Elhain is the Daily Logins reward for Day 120. She has a very interesting kit which will make her particularly interesting when opponents are casting Freeze (i.e. the Arena!). She’s certainly better than her other “Dark” counterpart (Dark Athel) and should be usable for many players. At the moment, we rate Dark Elhain ★★★★✰, largely for her utility in Arena, but also for versatility in other areas of the game.

Lordly Legionary is the Daily Logins reward for Day 150. With up to 4 hits on his A1 and a potentially very good synergy with Coldheart, as well as the ability to cast Reflect Damage, this guy will be a lot of help against the Fire Knight. However his utility elsewhere seems somewhat limited, so overall we’re giving him a ★★★✰✰ rating at the moment.

Scyl of the Drakes (Legendary)

Scyl of the Drakes is the Daily Logins reward for Day 180. She has a pretty awesome kit, in particular that Passive which provides constant healing at every turn. Seems like an awesome carry overall which will make her useful in many areas of the game. She won’t be useful in Clan Boss as she doesn’t provide any useful debuffs for that unfortunately. For the time being, we rate her a ★★★★✰.

Check out Scyl of the Drakes’ full skills and stats here.

Cillian the Lucky was a surprise addition to patch 1.13.5, and is a legendary Champion here to help celebrate St. Patty’s. A la Shamrock, he has a few skills with a little added randomness, in particular his passive which gives him a chance to get 1 of 5 different buffs each turn (but at least a buff is guaranteed, which is great). Overall his kit looks very usable and we’re giving him another borderline ★★★★✰, though it doesn’t look like he will particularly excel in any of the end game areas.

Check out Cillian the Lucky’s full skills and stats here.

That’s it for the new Champions in Raid Shadow Legends 1.13.5. Let us know what you think of the starter ratings, and if you get a chance to play one of these Champs early let us know how it goes!

Here is a quick reference for the amount of energy[...] 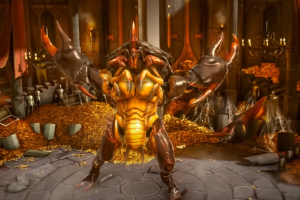 HOW TO BEAT BORGOTH Basic strategy: The key to beating[...] 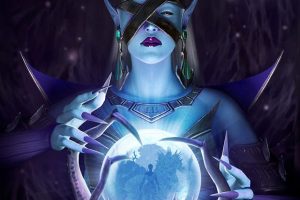 It seems Plarium may be hinting at the imminent release[...]