T’was Gurptuk Moss-Beard! Check out this new Ogryn Tribes Legendary Champion and get your Occult Brawlers ready for some serious damage with his funky kit! 🙂

Sounds like a new Fusion is on its way. Here’s Plarium’s teaser:

Many old mysteries lie buried amid the trees of the Durham Forest. Some wondrous and beautiful to behold, others dangerous, deadly, and best left forgotten. Beasts, brigands, ruthless Dark Elves all prey on the unwary, and only the mightiest adventurers can hope to survive if they stray from the beaten forest paths. Curiously, there is someone brave (or maybe insane) enough to make his home at the very heart of Durham.

Some say he is a spirit of nature, a benevolent guardian of the woods whose hut is always open to the lost and the weary. Others swear he is a monster – hunger and malice given form, ever craving the blood of innocents. One thing is clear. Whoever this creature is, his power is immense.

So beware, o summoner, for only the bold can hope to unravel this mystery and recruit a new Champion to their cause.

Maybe a Skinwalker Legendary? Or a new faction (unlikely). The image isn’t an obvious fit for any of the current factions. 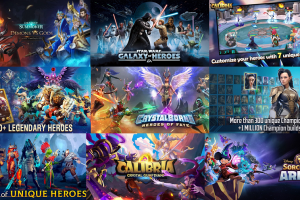 If you're here, it's probably because you love Raid Shadow[...] 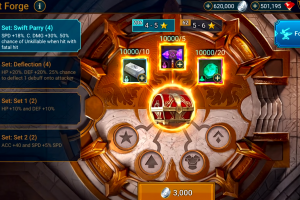 Plarium released an AWESOME video talking about what's coming up[...]