Attacks 1 enemy 2 times. Decreases Turn Meter by 10% on each hit if the target has any buffs.

Based on their active attack skills, Valkyrie is expected to hit an average of 1.75 times. This factors in cooldowns. 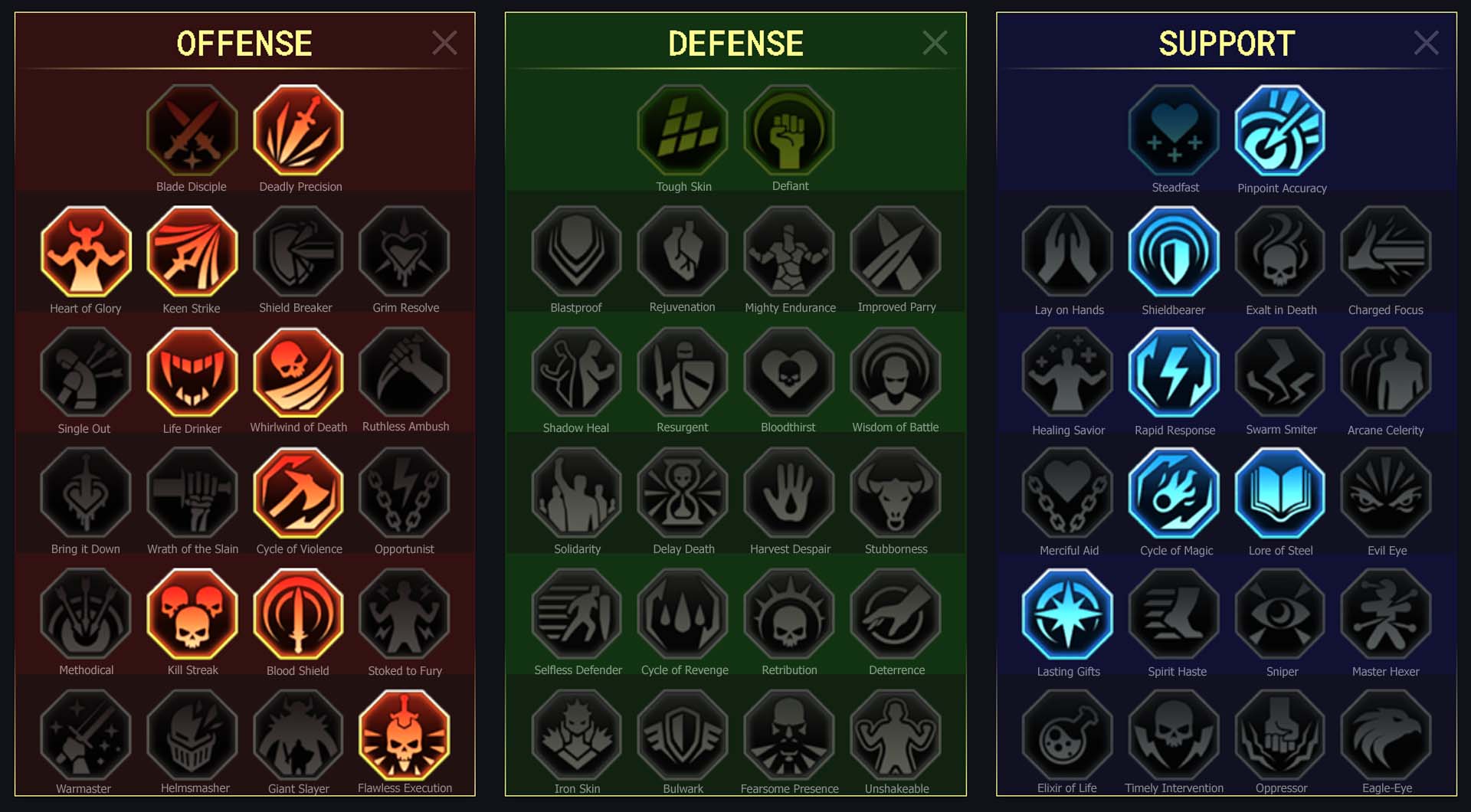 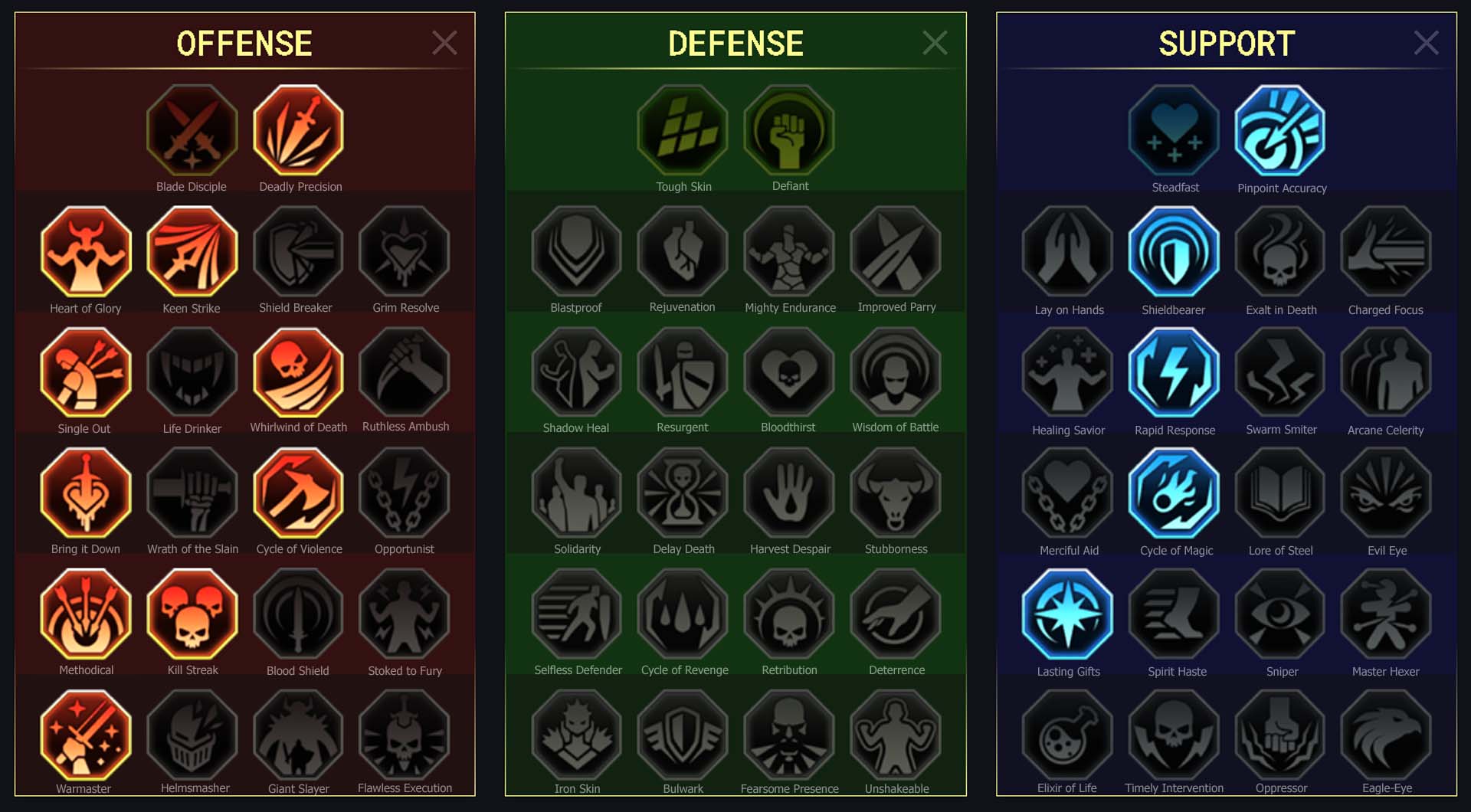 Among the tribes and people that populate the Deadlands, the Norr, perhaps, are the culture that appears most out of place. Their original homeland lies far to the northwest, among the fjords and the icy cliffs and the tundra of Telerian arctic. Yet so many of their clans and communities had been driven from their lands by the relentless march of ‘civilized’ kingdoms. Some submitted and joined the swelling ranks of Aravian subjects, others stood and fought until they no longer could. Those bold few were forced to flee after years of bitter war, choosing life in the harsh Eastern Lands across the Valdemar Strait.

There they were forced to adapt, to fight for their survival against deadly beasts, monstrous Lizardmen, and rival tribes that were not keen to share the limited resources of the desert. It is no surprise that hard conditions such as these made the Norr even more warlike, turned their culture to the exaltation of the Warrior as the absolute pinnacle of what men and women could aspire to be. It was this prideful and violent tradition that Valkyrie was born into, and from the earliest days of childhood, she had given her all to the great struggle of life. Nothing was ever given to her, the Clan was very particular in making its scions fight, sometimes even for the barest of necessities.

But fight she did. No matter the hardship, no matter the opposition. This shaped Valkyrie’s mind and morals, turning her into a stalwart warrior set on defending those few she could call her own. But those difficult experiences also make her blood boil with dark envy whenever an object of her desire is in another’s possession. That envy oft rules over her, for good or ill, and can as surely fuel undeserved scorn as it can direct righteous hatred against the those who oppress the weak.

When Kephale Chassiana of Aravia – one of the major Elven nobles – sought to expand her influence upon the coastal areas of the Krokhan Desert, she did so with overwhelming force. Having a stronghold across the Valdemar Strait would have allowed her to control and funnel the trade between the nomadic tribes of the East and Aravia through her territory and benefit from the wealth that flowed. The locals were little more than a nuisance, one that Chassiana wished exterminated or driven off by the force of arms.

With the highly-disciplined soldiers under her command and a number of orcish mercenaries, the Kephale’s forces made swift and ruthless progress. Chassiana was ready to celebrate success and sent out a letter written in the typical Elvish manner, demanding all local clans bow down to her or else vacate the massive swathe of land she had claimed as her own. When the messengers reached Valkyrie’s clan, the answer to their ravings was as swift as it was brutal.

Now a respected warrior among her kin, Valkyrie ordered the Elven messengers executed and their skulls sent back to their Kephale. Such an insult would not go unanswered by the proud High Elves, and the Norr prepared for battle. Were they to fight alone, defeat was inevitable, but Valkyrie was not so foolish to attempt that. Instead, she sent out messengers of her own to gather multiple tribes and clans under her banner – neighbours, friends, rivals, remnants of the smaller communities demolished by Chassiana’s army. This was not a feat that could be accomplished under normal circumstances, by the disjointed people of the Western Krokhan Desert now had a common foe. And a driven leader to unite behind.

In a pitched battle, the savage – and largely distrustful of one another – Barbarian forces stood little chance of claiming a decisive victory. Valkyrie knew this well and organized a campaign of brutal raiding that pestered the Kephale’s supply caravans and vanguard with hit-and-run attacks. They evaded direct confrontation for weeks, before a particularly daring attack finally drew the High Elves and their mercenary allies into a trap.

Locked in a scorching desert valley among the Deadlands, Chassiana and her soldiers swiftly found themselves beset on all sides, harried, and unable to mount a decisive offensive. Dozens were lost to the quicksands, which the Barbarians avoided safely thanks to their knowledge of the terrain. And when an opportunity to smash the bulk of the horde finally presented itself, Chassiana ordered a charge that had foregone all caution. It was exactly what Valkyrie was waiting and preparing for all this time. She led a spirited defense in person, bolstered by nomad skirmishers who lay hidden among the dunes until the time was right, then turned it into a counterattack that saw the High Elves routed and thoroughly beaten. Kephale Chassiana escaped with her life, her expansionist ambitions ruined along with her reputation back home in Aravia. And though the alliance of the Barbarian clans did not last, Valkyrie’s leadership and savage skill went down in legend.

Unbeknownst to her, there were higher powers observing the war that gripped the Deadlands. Soon after the victory feasts were over and the honoured dead burned on the pyres, Valkyrie had a vision – a woman who called herself the Arbiter approached her. Though her motives in the recent battle were far from selfless, the Arbiter still recognized Valkyrie’s skills and offered her life eternal in exchange for her service to Lumaya. Although Valkyrie was not quick to trust this stranger, a show of the Arbiter’s power was enough to let her understand the gravity of the situation – and the fact she was not being given a choice, not truly. But with the promise of glory and immortality, as well as worthy foes to fight, Valkyrie was finally convinced and consigned her soul to the Shard extended to her by the Arbiter. Thus her service as Teleria’s Champion began.