Attacks 1 enemy. Places a 50% [Increase ATK] buff on this Champion for 2 turns if this attack is critical.

Attacks 1 enemy. Revives a random ally with 40% HP if this attack kills the target.

[Only available when an ally is dead.]

Based on their active attack skills, Teshada is expected to hit an average of 1.4 times. This factors in cooldowns. 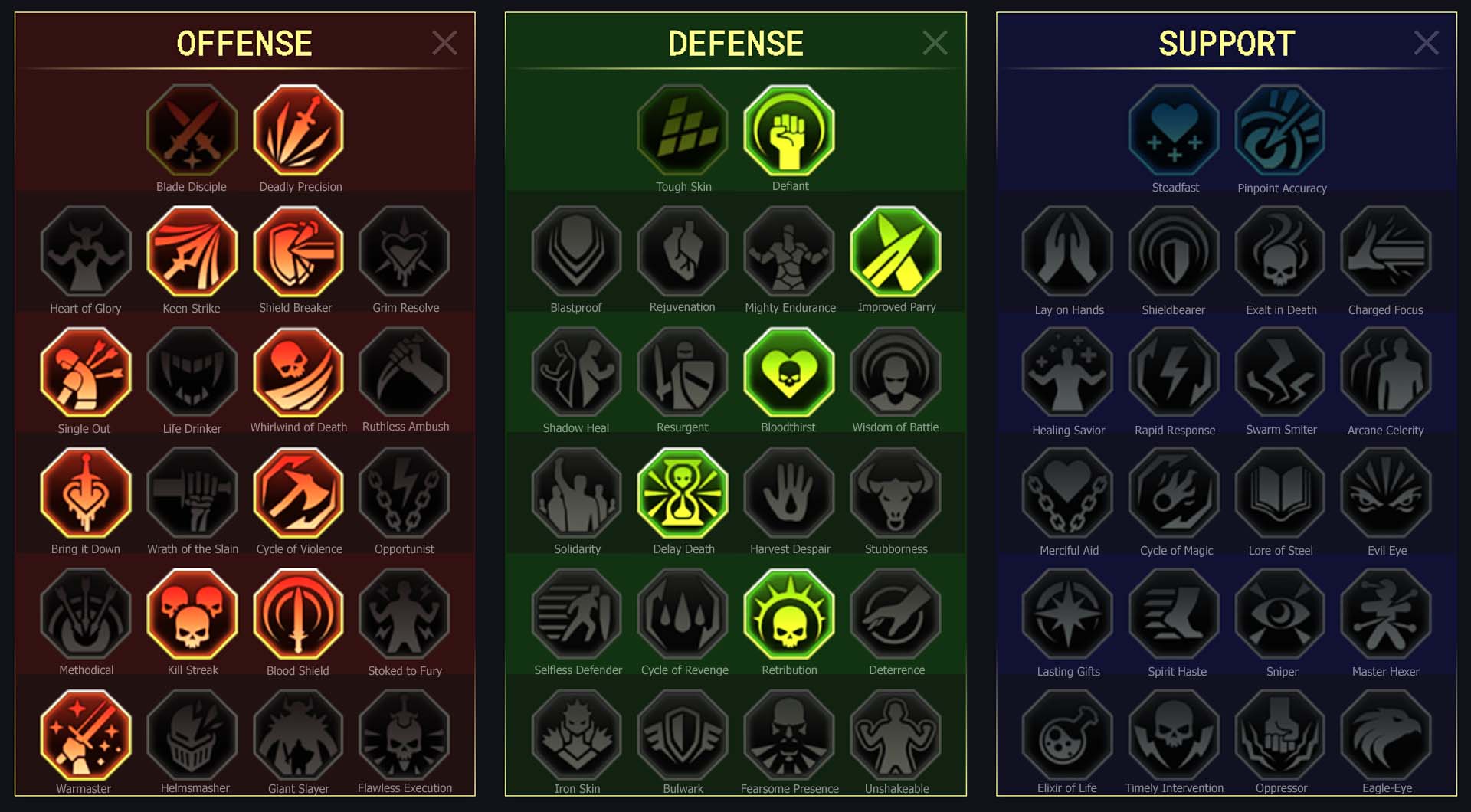 As fierce and temperamental as her fiery hair suggests, Teshada is a skilled warrior whose reputation has been solidified among her allies and foes alike despite a fairly young age. A daughter of the Amber Moon Clan, banished to the Krokhan Desert generations ago yet holding dearly to the old ways, she was subjected to rigorous training from the moment she could walk. Both boys and girls must know how to handle a weapon, be it a noble sword, a bow that strikes true, a mighty hammer…

For Teshada, a combination of axe and shield has proven to be the best choice. Though she channels her fury in powerful strikes, the weight of the shield in her hand ever reminds the young warrior of the importance of defense. What truly marks this red-haired spitfire, however, is her connection to the spirits of the Ancestors that her Clan reveres. As a young girl, Teshada was lost in a violent sandstorm that caught her outside the village. Though many believed her dead as even experienced clansmen perished in such storms far too often, the search for the body yielded unexpected results. The girl, alive and unscathed, was found hiding in a small grotto that was perched among the cliffs of the nearby oasis.

She claimed that it was a scout of the Clan that led her there. But of the mysterious man, there was no trace and no scouting parties were out on that day. Encounters like that continued in the future, but it was not until many years later that the Clan’s shaman finally accepted Teshada under his wing and taught her to harness this connection. Now, she can use the favour of the spirits to bring back allies, who have passed to the Realm of the Dead recently. But as with all things, there is a price to pay – the spirits demand a life in exchange for life. Fortunately, there is no lack of suitable sacrifices in battle.