Places a [Perfect Veil] buff and a 15% [Continuous Heal] buff on an ally for 2 turns.

Places a [Counterattack] buff on this champion for 2 turns. Has a 50% chance of placing a [Provoke] debuff on all enemies for 1 turn.

Based on their active attack skills, Seneschal is expected to hit an average of 1 times. This factors in cooldowns. 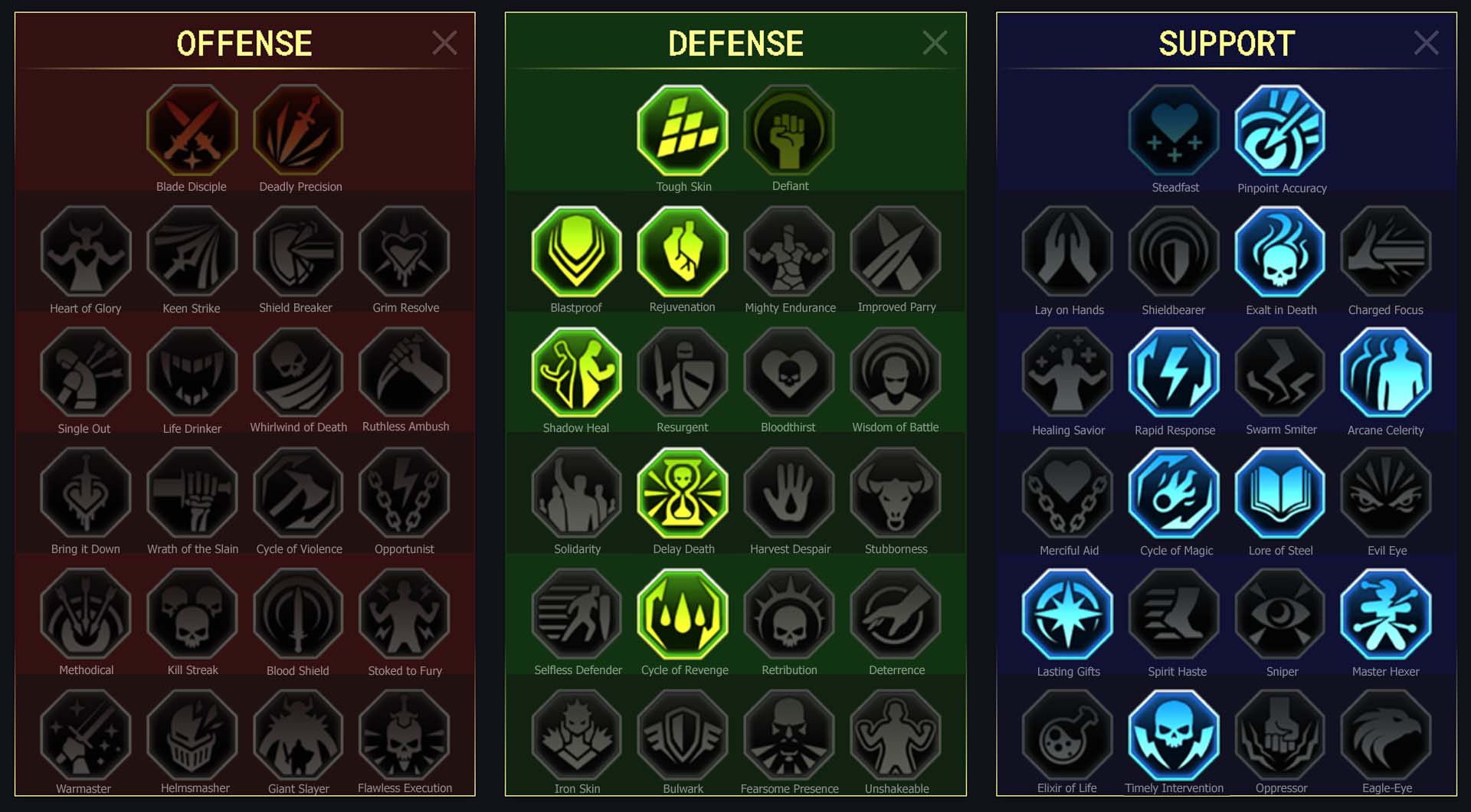 It is a Seneschal’s sacred duty to enact Royal decrees in the province entrusted to him by the King of Kaerok. He represents the King’s unwavering authority in all facets of life, and that includes warfare. Thus, a Seneschal must always be a Knight without fear or blame. And while those ideals are not always followed by the nobility, Royal agents come under greater scrutiny. Thus the Seneschal stands a pillar of courage and pride among his allies, ready to issue a bellowing challenge to any foes that dare stand against him.

But exquisite plate armour and a heavy mace paired with a shield are not the only advantages at the Seneschal’s disposal. As an agent of the Crown, he is granted access to the potions brewed by the Court Wizards. Some potent healing salves to keep the mighty Champion and his retinue alive are sure to come useful, while others go as far as turning whoever takes the potion invisible to the eye of the foe.