Buffs & Debuffs cast by Scyl of the Drakes

Attacks all enemies 2 times. Each hit has a 20% chance of placing a [Stun] debuff for 1 turn.

Heals all allies by 10% of their MAX HP at the start of each turn. Also places a 30% [Increase SPD] buff on a random ally for 2 turns.

Scyl of the Drakes Warmaster or Giant Slayer?

Based on their active attack skills, Scyl of the Drakes is expected to hit an average of 1.25 times. This factors in cooldowns.

Scyl of the Drakes Mastery Recommendations 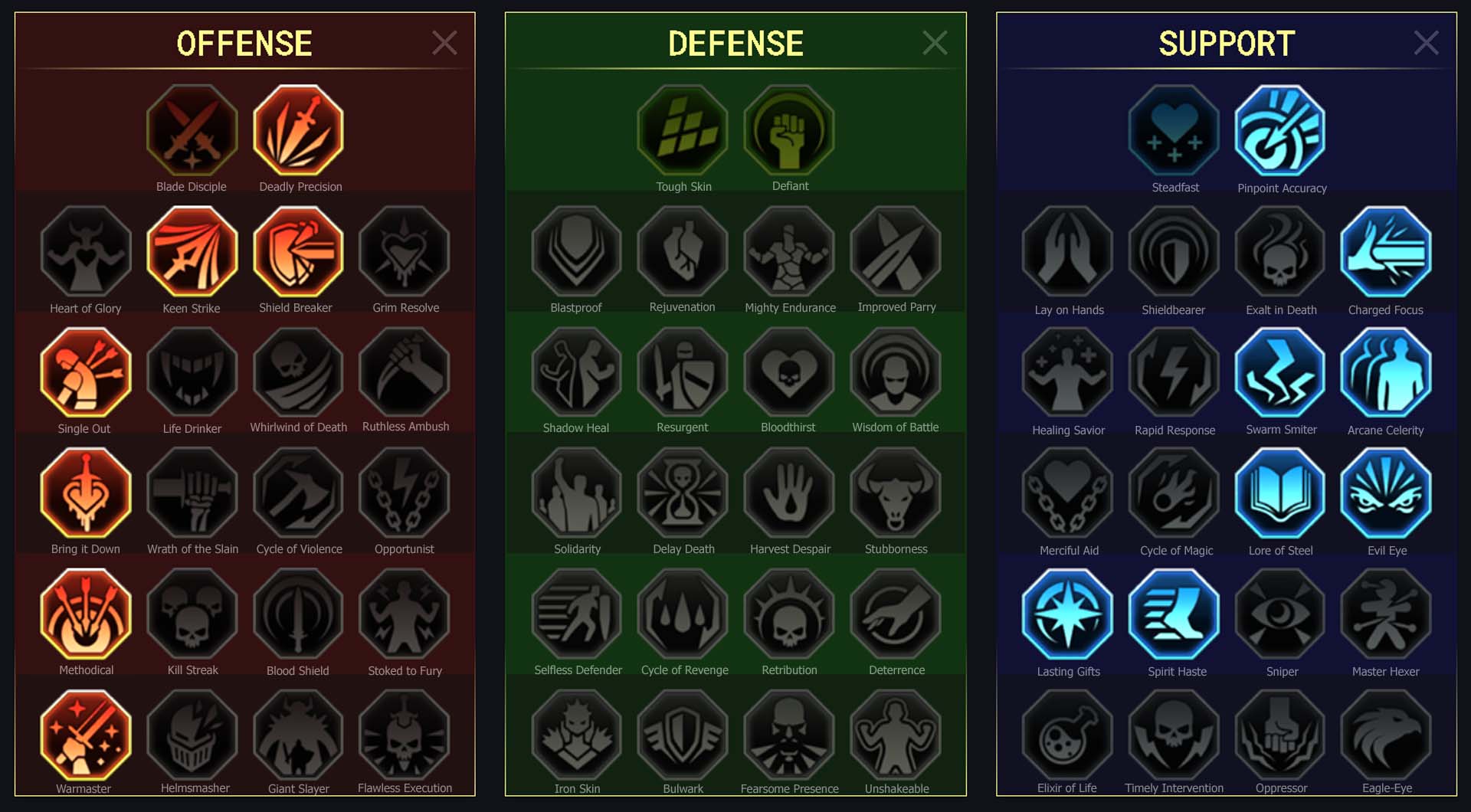 Scyl of the Drakes Videos

Scyl of the Drakes is a terrifying force to behold on the battlefield. Her ranseur glittering in the sunlight as it whistles through the air in brutal swipes and swings, her dragonscale cloak billowing behind her, Scyl cuts and imposing image worthy of a true Warrior Queen. Her foes reel and break, unable to match her fury, while her allies find themselves invigorated in her presence, their fatigue and pain banished by the blessings of the Phoenix.

Once, Scyl was nothing more than a terrified girl, orphaned by ruthless Knight Revenant cultists who razed her home village to the ground and slaughtered its inhabitants. Scyl alone managed to escape, but she was merely a child trapped in the Deadlands with nary a hope of survival. She should have died there, but providence intervened.

The Disciples of the Drake, a dragon-worshipping troupe of outcasts and exiles, found Scyl when she had already lost consciousness from dehydration and hunger. They brought the girl to their hideout and nursed her back to health. In turn, she was sworn into the troupe’s service, though it soon became apparent that Scyl’s talents lay not in cleaning and cooking and tending to the myriad everyday needs of the camp, but rather in the art of battle.

The Disciples were not numerous, so any fresh blood was welcome among their warriors, and Scyl had proven herself both capable and passionate. She bested all of her peers and many opponents older and more experienced by the time she came of age, swiftly taking her place among the raiding parties and earning her share of glory in uncompromising hit-and-run attacks against Orcs, the Undead, and Knight Revenant parties venturing into the Deadlands. In due time, she rose to command a small band of young warriors of her own, which grew along with her reputation. Scyl’s reckless courage led her to many victories over the course of several years, but it almost cost her everything as well.

When a large Knight Revenant raiding party had been discovered camping among the desiccated cliffs of the Gronfang Ravine, Scyl, blinded by hatred, ordered an attack regardless. Her warriors and she were outnumbered, but they had the element of surprise on their side and struck under the cover of night. With stones cast from cliff crests and skirmishers moving among the rocks like vengeful spectres, Scyl’s warriors rained death down upon the foe.

But the initial confusion passed and cultists threw themselves into the fray with maddened fury, pressuring the Disciples with sheer numbers and ferocity. Scyla fought in the first ranks, as she always did, even as her warriors fell around her. Though wounded and bruised in the brutal melee, she cut her way through to the armour-clad dark priest who led the Knight Revenant force. They clashed beneath the starlit skies of Krokhan, and steel met steel. For several minutes the duel lasted without either combatant gaining the upper hand, yet soon cultists started flocking in to assist their leader.

Cutting them all down cost Scyl precious time and strength. In the end, she missed a mace stroke that shattered her ribs and left her gasping for air on the sand, her foe preparing to deliver the deathblow. But Scyl was not a warrior to give up even in direst of circumstances. In the final moment, she managed to reach for her spear and thrust it through the priest’s dark heart, sending him back to his twisted Master.

Silence had fallen over the ravine; apart from Scyl, no soul remained alive amidst the cliffs, and even she felt life ebbing away from her body. Vengeance and bitter triumph remained her only companions at that moment, but she was not destined to die. Unbeknownst to her, a powerful djinn observed the battle from afar, and so impressed it was with the young woman’s brazen skill that it deigned to appear in the aftermath of the slaughter. Wreathed in flame, it took the guise of a Phoenix and spoke unto Scyl the words of praise and blessing. She received a small fraction of its magic, her wounds mended before her very eyes. The spirit vanished, leaving nought but an exquisite cloak of dragonscale in its wake - a final gift it wished to bestow upon the warrior who had impressed it so.

Scyl spent the day giving proper burial rites to her fallen warriors and returned to the troupe alone, where she was hailed as a heroine. Her reputation grew and, after numerous battles, she rose to lead the Disciples of the Drake herself. To this day they remain a force to be reckoned with in the Krokhan Desert, and servants of Siroth avoid straying into their territory lest they incur the wrath of Scyl of the Drakes.