Attacks 1 enemy. Has a 20% chance of placing a [Provoke] debuff for 1 turn if the target has higher MAX HP than this Champion.

In Their Midst (Cooldown: 6)

Places a 50% [Ally Protection] buff on all allies for 2 turns. Places a 15% [Continuous Heal] buff on this Champion for 2 turns.

Increases Ally DEF in Dungeons by 20%.

Based on their active attack skills, Myrmidon is expected to hit an average of 1 times. This factors in cooldowns. 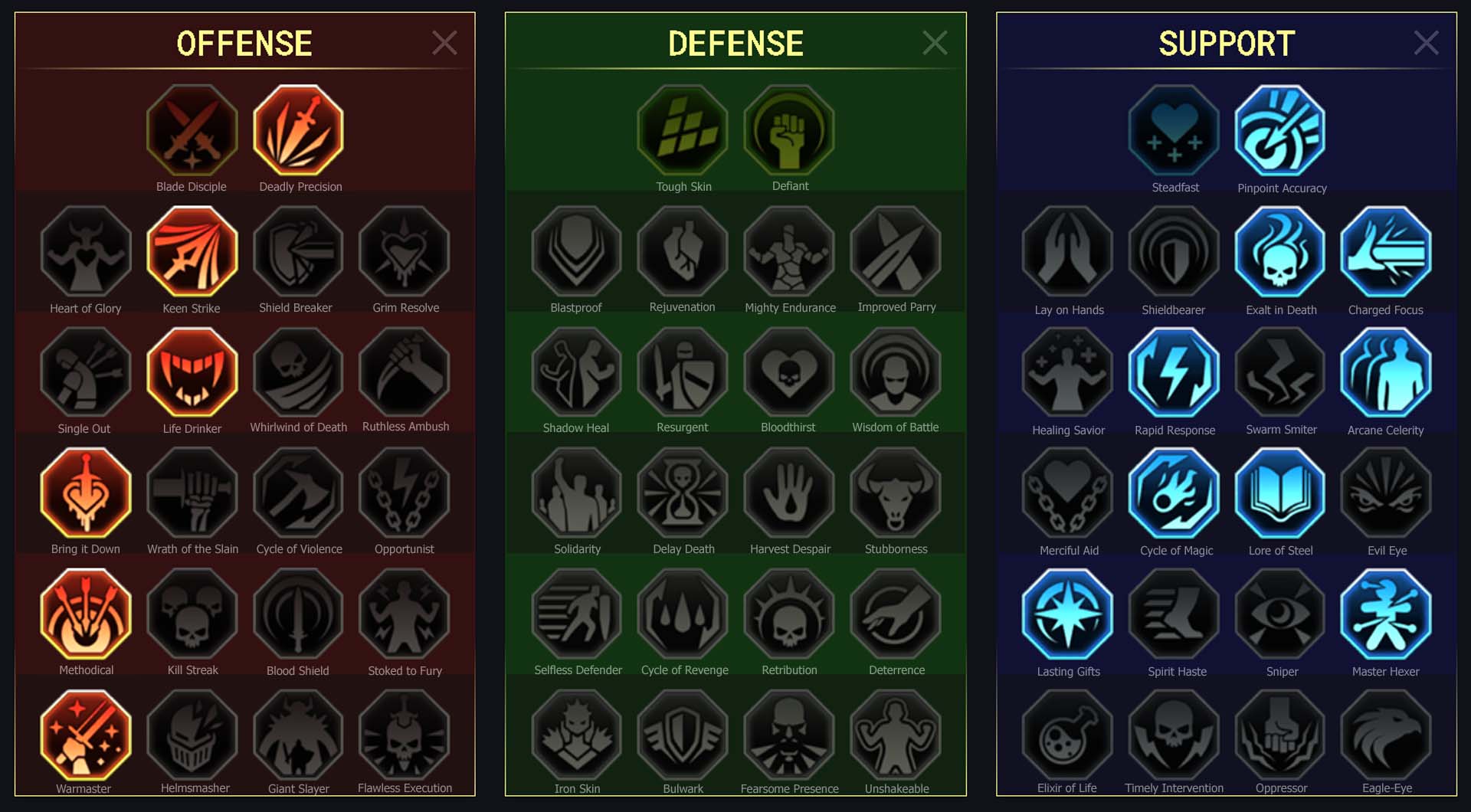 Myrmidons are elite men-at-arms in the service of Banner Lords of Kaerok, equipped and trained to the best standards available in the Kingdom. Theirs is an ancient and proud name, one that can be traced back to the fearsome warriors who served the City-States before Kaerok came to be. Those were the dreaded heavy infantry, the mailed fist of any army the tyrants of old commanded. Their skill with the spears was legendary, and so was their resilience.

Modern Myrmidons strive to be worthy of that legend, and only veteran soldiers who have survived countless battles against overwhelming odds may be honoured with the title. Their spears have been replaced with axes and maces and strong oaken shields, their armour adorned with the heraldry of their suzerains and badges of honour. Seeing these fearless heroes charge into the midst of enemy formations is an inspiring sight – unless you find yourself on the wrong side of a Myrmidon’s axe, of course.